Podcasts are my ideal medium. In fact, earlier this week Spotify sent me a message thanking me for being one of its top podcast listeners. I’m still not sure how to feel about that.

Last year I posed the question ‘do podcasts represent an evolution in media?’  and became convinced that they are the perfect convergence of modern convenience and oral storytelling traditions. You get it. I love them.

I’ve been meaning to start posting podcast recommendations for months but instead of doing it I’ve been overthinking it instead. Shall I theme my list? Shall I link to episodes or to the podcast as a whole? Come to think of it, how do you link to a podcast? I listen on the Spotify app – how do other people find them?

Earlier today my friend asked me to send her some podcasts she might like. I sent her three episodes, with insightful introductions to each, in under a minute. It made me feel a bit silly about the procrastination.

So here is a list of some of the best podcasts I’ve enjoyed in the past few months. I’ve decided to link to shows I listen to regularly (is shows the right word – do we call podcasts shows?) and to recent favourite episodes in particular. I’ll start with the three I sent to my friend.

1. How to Fail with Elizabeth Day, season 8, episode 6, with Glennon Doyle 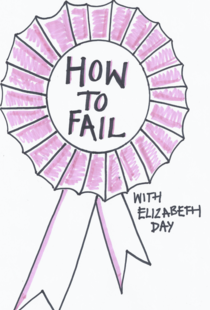 This episode introduced me to the inspiring Glennon Doyle, for which I am incredibly grateful, and it left me on a high, even though I was listening while in a traffic jam on the way to the recycling centre.

The host, Elizabeth Day, is engaging without being overbearing. Incidentally she is also a successful and impressive author and journalist; I love it when the hosts are as interesting as their subjects, which is absolutely the case here. I want her to be my friend. I also love the concept behind her podcast. She interviews other wildly successful and impressive people about their failures. They discuss how the things that didn’t go as planned in their lives helped deliver them to where they are today.

It’s a life affirming thing to hear people reflect on the gifts that arose from their failures. “Because learning how to fail in life”, says Elizabeth at the top of every episode, “actually means learning how to succeed.”

I’ve been a regular listener to this podcast for a long time but when it came to selecting a recent favourite episode this was the clear choice. I bought Glennon Doyle’s book Untamed right after listening and it’s so quotable that I’ve underlined passages every few pages. It’s an easy read but it strikes right to the heart. I could describe Glennon in a similar way. She’s chatty, charming and insightful.

Glennon Doyle used to be famous in the US primarily as a Christian author. In Untamed she shares how she chose the day before the start of her Christian book tour to tell her fans that she had left her husband and fallen in love with a woman. That level of commitment to authenticity commands respect, doesn’t it?

Have a listen to How to Fail with Elizabeth Day, s8, ep6, with Glennon Doyle.

2. The Expanded Podcast, episode 103: EXPLAINED The Foundational Tools of Manifestation 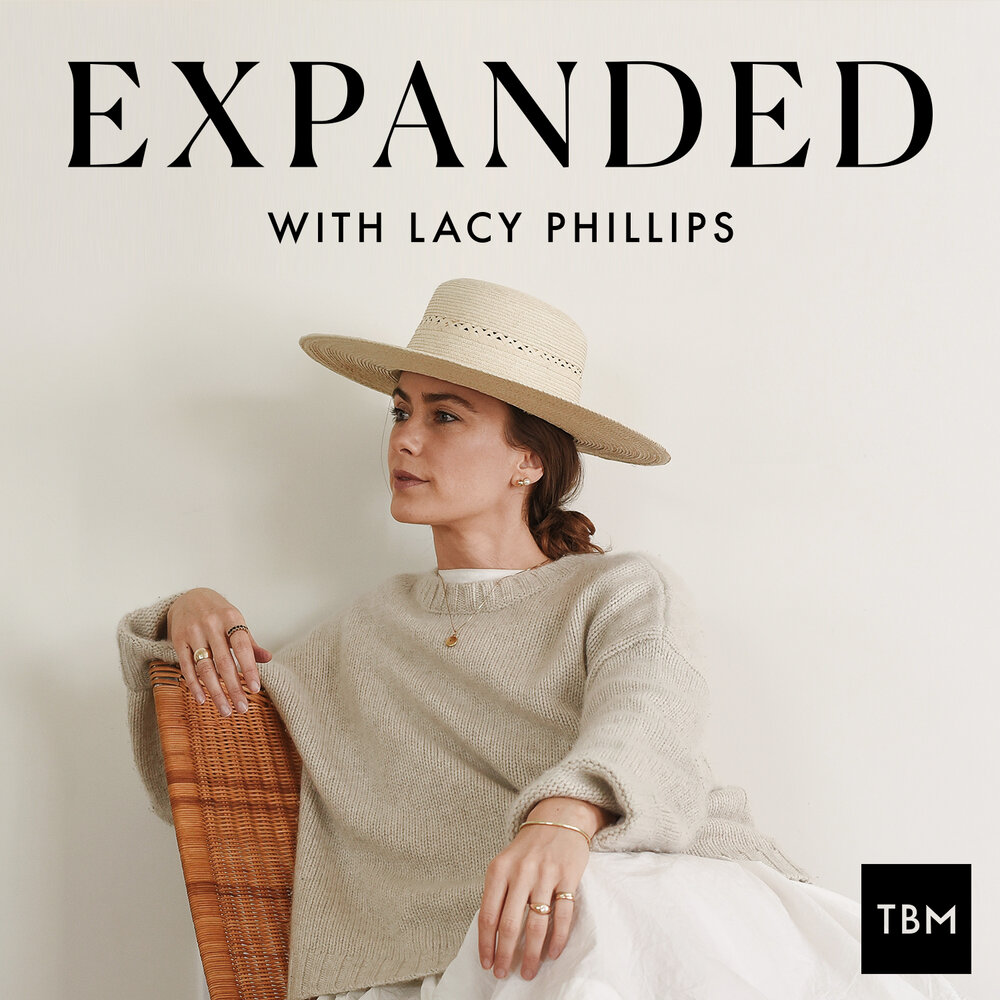 If this is the first you’re hearing about The Expanded Podcast and its host Lacy Phillips I’d be surprised. I can also assure you that it won’t be the last, especially if you follow me on any platform. I’ve been a member of Lacy’s To Be Magnetic Pathway for 12 months and her online courses have changed my life. I’ll undoubtedly go into that in more detail at a later date. Sufficed to say, including the years I’ve spent working with various plant medicines, Lacy’s self-reflection and self-hypnosis tools have led to some of the most transformational practice I’ve ever experienced.

She welcomes some really interesting guests, and getting to listen to long-form conversations with a wide range of people is one of my favourite things about podcasts. Increasingly though, I enjoy The Expanded Podcast, primarily, for the way it aids my self-development.

I actually don’t like the term self-development at all. It sounds too goal orientated. It makes me feel like a project that isn’t quite finished, ergh, but you know what I mean when I say it. To paraphrase Lacy is to explain it more poetically; this podcast helps me peel away the protective onion layers I’ve built up around my authentic self and get to know ‘me’ ever more deeply.

The episode I’ve chosen to link to is an excellent introduction to the To Be Magnetic process, featuring Dr. Tara Swart, the brand’s in-house neuroscience and psychology advisor (that’s a standard post, most podcasts have one). I’m not being paid to promote this – in fact I pay monthly for my membership. I share it simply because it’s fascinating and insightful.

Lacy Phillips is a powerful being, who is bringing through some profound universal truths. As we learn from the uber credentialed Dr Tara (whose post is anything but ‘standard’), they are also backed by cutting edge science.

Have a listen to The Expanded Podcast, episode 103: EXPLAINED The Foundational Tools of Manifestation 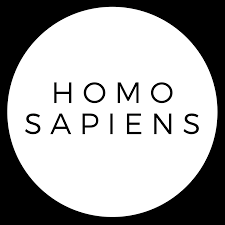 The website of one of the hosts, Christopher Sweeney, describes the Homo Sapiens podcast as ‘the LGBTQ+ answer to BBC Radio 4’s Woman’s Hour’.

When it came to this podcast I really didn’t know which episode to choose. I love listening to and learning from the lives of others and Homo Sapiens has the most interesting range of guests I’ve encountered on a podcast. New York drag king Murray Hill and Mayor of London Sadiq Khan were two highlights from this season, for example.

I’d love to be friends with Alan, and Chris, and Will. In fact, just take it as read that I have a deep desire to form lasting friendship bonds with the hosts of all the podcasts I recommend. It’s a main driver for me returning to them over and over again. I don’t think it’s possible to repeatedly listen to a podcast hosted by someone you wouldn’t love to go for coffee with. That is certainly true for me at least. The hosts of this show seem like genuinely lovely, funny, creative people with interesting lives, interviewing other people who could be described similarly.

I chose the Armistead Maupin episode because I couldn’t believe I hadn’t heard of the writer before. After listening, I immediately watched his show Tales of the City on Netflix and ordered the first book of the same name – it’s a series with a cult following, that was originally published in the late 1970s. Armistead is a chronicler of San Francisco – a story teller with a fascinating story of his own – and this podcast episode pointed me toward learning about a whole place and time I knew little about before. Don’t you love it when you’re inspired to do that?

Have a listen to Homo Sapiens, season 4, the Armistead Maupin episode.

I’m going to leave it there. This did not take the one minute to write that I promised myself it would. You see this is why don’t blog often, because I don’t blog short! It takes the evening.

I’ve loved sharing these with you though. Do let me know if you enjoy the episodes. If you do, I may recommend more in the future. I initially planned to list six tonight but the post was at risk of becoming a lengthy tome. Also, Dave appears equally consumed by his work and one of us simply must put the kettle on soon or we shall wither.

The Soul Scripting online course will be live in the next few months and when it is I’m hoping to commit to blogging a whole lot more often. I say ‘hoping’ because it’s an intention rather than a plan; I always remain open to being diverted down the other trouser leg of time (to appropriate an excellent Terry Pratchett phrase).

Please subscribe if you like what I have to share. I only write once in a while at the moment but that means it will be a nice surprise when something interesting to read lands lightly amid your junk emails. You work from home now don’t you? You can indulge!