Netflix has been my best mate during this coronavirus-imposed lockdown period but I can’t help feeling that we’ve spent a little too much time together.

I’ve needed the escapism that I find in a really good story. A good TV show can definitely give me that but, in my opinion, you can’t beat a great book. Here is a list of five books I wish I hadn’t already read, so that I could discover them for the first time now.

If you’ve got any recommendations please share them in the comments; as much as I’d love to, I haven’t actually found a novel to really disappear into since the pandemic began.

1. Gone with the Wind by Margaret Mitchell 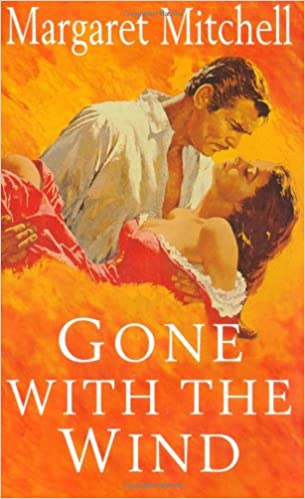 It’s been years since I read this book and while I don’t remember every detail of the story I can still feel the huge impact it had on me.

I’ve never watched the film – given the option to watch a movie or read the book it was based on, I choose the book every time – so I had very little idea what it was about when I picked it up. I bought it, even though I didn’t really like the sound of it, because I enjoy discovering what makes a classic a classic. Then I put off reading it for ages because it’s really long. When I finally did get around picking it up, in my mid 20’s, it was a rollercoaster. I was gripped from start to finish and I’ve been telling people that it’s my favourite novel ever since.

In my opinion, Scarlett O’Hara is one of the best literary heroines of all time. I also really enjoy historical fiction that teaches me something about a culture and a moment in time, though it has to have a great story to keep me hooked. This book definitely has that. It’s more than a classic, it’s an epic.

I recommend Gone with the Wind to anyone who loves getting swept up and obsessed by a good Netflix series. It will give you the same sense of satisfaction, particularly if you haven’t seen the film, so don’t know how it ends. 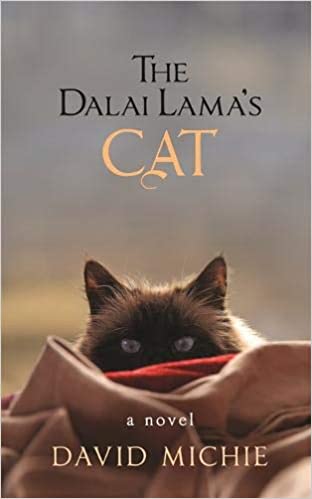 This book is sweet, easy to read and life-affirming. I’d say it’s pretty perfect for right now in fact!

A window into the life of one of the world’s most revered spiritual teachers, through the gaze of his feline companion, it’s funny and quirky, as well as spiritually insightful. It’s also the only novel I’ve ever read that could actually be described as being ‘about mindfulness’. The author David Mitchie has written extensively on mindfulness and Buddhism, publishing both fiction and non-fiction, as well as a very regular blog posts on the topics.

While researching Michie in order to write this, I discovered that there are two sequels to this book and that the third in the series is titled The Power of Meow. Surely worth a read for the pun alone.

I would recommend The Dalai Lama’s Cat to almost anyone. If, like me, you have an interest in mindfulness (and since you’re reading my blog the chances are that you do) you’ll probably love it.

I think Ben Elton is a fantastic novelist. I’ve read and really enjoyed novels he’s written that span subjects as diverse as infertility, drug legalisation and Big Brother. They’ve all been really clever, insightful and (unsurprisingly, given that this is what he’s famous for) satirical. Time and Time Again happens to be the one I’ve read most recently. It’s a gripping thriller about a former soldier who goes back in time to 1914 in an attempt to change history and prevent WWI from happening.

The way the time travel is handled is so clever that it could almost be believable as scientific fact. It was such a page turner that I finished it in just a few days (and barely looked at a screen for anything other than work purposes the entire time).

It gets bonus point from me for teaching me a bit about history as well. I retained nothing of what my school teachers tried to teach me in history lessons but I find that when historical facts are fed to me as part of a gripping story they are much more likely to be fully digested!

You’ll like this if you enjoy a good thriller; Elton is as good a storyteller as Dan Browne but far more eloquent. 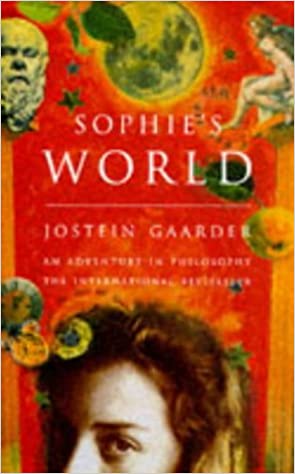 This is not a light read. I hesitated to put it in this list because I question how many people will have the head space for it right now but it remains one of the best, most thought provoking books I’ve ever read. I’ve met teenagers who love Sophie’s World, as well as people five and six decades older than them. It is brilliant, if you’re interested in the subject matter.

Sophie’s World is about a 14-year-old girl who takes a philosophy correspondence course, after she begins mysteriously finding the lessons in her mailbox. You read the lessons along with her, so the book is basically a history of philosophy. I found that at times I completely forgot about Sophie’s storyline, while reading chapters on the teachings of Kant, Descartes and many others.

If you’re interested in philosophy it’s fascinating, as well as a great reference book – each chapter is about a different philosopher or period in history. If you do stick with it to the end there is a glorious conclusion, assuming you’re the sort of person who enjoys pondering the existential.

I recommend this one to anyone who feels called to reflect on life’s big questions.

5. East of Eden by John Steinbeck 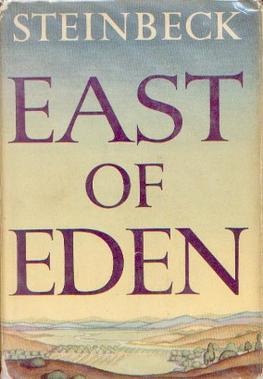 I read this just a couple of months ago and, well, wow. It’s an absolute work of art, an epic, and could easily rival Gone with the Wind for the top spot as my favourite novel of all time.

Described on Goodreads as ‘a family saga and a modern retelling of The Book of Genesis’, the stand-out feature of East of Eden, for me, is that it’s the most perfect study on masculinity I’ve ever read. The male characters are well rounded, dazzling and devastating. There are discussions, between these characters, on morality and the nature of humanity that are so profound that East of Eden could almost be described as a spiritual text.

The writing is poetry (not literally but it is amongst the most delicious prose I’ve ever read). In short, this could be the perfect novel. Steinbeck himself considered it his greatest work. He has been quoted as saying ‘I think everything else I have written has been, in a sense, practice for this.’

Here’s one of my favourite quotes from East of Eden:

‘A great and lasting story is about everyone or it will not last. The strange and foreign is not interesting – only the deeply personal and familiar.’

I definitely felt this one to my bones. If there’s anything worth substituting a week of Netflix binges for, it’s East of Eden. Recommended for one and all.

2 thoughts on “5 novels to read during lockdown”